By Takayuki Kiyota and Tomoko Ogawa

This is the first installment of a new, ongoing column titled Ordinary Language School for Lovers. The Ordinary Language philosophy school was created by a group of scholars at Oxford University. According to the Encyclopedia Nipponica, “they followed a methodology that considered the analysis of ordinary language to be the central goal of philosophy.” In this ongoing column inspired by that school of thought, Takayuki Kiyota and Tomoko Ogawa discuss a wide range of issues related to the topic of love and romance.

Kiyota has listened to countless stories about love and romance as the founding member of Momoyama Shoji, an organization that lends an ear to people who want to talk with someone about their love life. Kiyota and other members of Momoyama Shoji then draw on those stories to write columns, create radio shows, and produce other media that explore issues like romance and gender. Ogawa is a film critic who co-wrote Everyone’s Top 100 Romance Films, and she is also writer who specializes in listening to the stories that people tell.
Do you have trouble communicating with that special someone? Or do you and with your romantic partner talk past each other? It’s possible that your choice of words might be the root of the problem.

Variation in how people define and visualize words

Takayuki Kiyota (TK): We’ve been friends for about 10 years now, and we work together often. We also see a lot of movies and plays together, and afterwards we’ll have nice long chat about what we saw over tea. What we talk about varies of course, but both of us do work as writers. So, in recent years, language has been one of our most frequent conversation topics.

Tomoko Ogawa (TO): Definitely. I think we both have a shared awareness of the way that words are imperfect tools. We’ve been getting into the weeds of conversations about that for a long time. (Laughs.) We talk about issues related to expression, like, “Are the words I’m saying really expressing my own thoughts?” And we talk about issues of transmission, like, “Are the words I’m saying really conveying what I mean to the person I’m speaking with?”

TK: Words are a tool for understanding ourselves and others, and they enable communication. However, it’s impossible to perfectly describe an emotion or a situation exactly as it is. Also, there are subtle variations in how different people define and visualize the same words. So, minor discrepancies are bound to occur.

TO: Definitely. Practically every day, I’m always surprised by how other people take things so differently than I do, even though we’re using the same words. I’ve studied abroad, and I sometimes work as a translator. So, I’m all too aware of the ambiguity and polysemy of Japanese relative to English.

TK: Absolutely. Just to clarify, by “polysemy,” you mean the way that a single word can contain a variety of meanings and nuances, right?

TO: Right. So, whenever I’m talking with someone, I have this habit of asking, “Do you get it?” to make sure that what I’m trying to say is coming across. And that causes its own problems. Sometimes it surprises people, or they even get offended.

TK: What’s that about?

TO: Well, I think it’s probably that some people get the feeling that there’s a condescending nuance to “Do you get it?” in Japanese. I’m trying to ask something equivalent to English questions like “Do you get it?” or “Do you understand?” By this I mean something along the lines of, “Are we both on the same page right now?” I think of it as a neutral phrase to confirm that both people are looking at things the same way, but that’s not always how people take it. And, also, there are some people who might be offended that a woman is asking them, “Do you get it?”

TK: Interesting. I do get the sense that it’s connected to gender.

From high context to low context

TK: The playwright Oriza Hirata has something relevant say about all of this in his book The Impossibility of Mutual Understanding: Rethinking Communication Skills. Oriza writes that, previously, Japanese people had a shared system of values and beliefs that was relatively homogenous. However, people’s ways of life became more diverse, leading to a radically different situation in the present day. Due to this shift, he works from the assumption that mutual understanding is impossible to argue that we need to think more about how people with disparate can values communicate.

TO: I couldn’t agree more.

TK: In other words, he’s describing the shift from a high context culture, in which meaning comes across even when crucial information is left unsaid, to a low context culture, in which crucial information must be stated explicitly. And when you ask, “Do you get it?” to confirm you’re both on the same page, that’s definitely the latter. So, when people are taken aback by your question, at least one element of their reaction might be due to this difference in communication style.

TO: Right. Communicating by reading between the lines and leaving ambiguities ambiguous is high context culture. Especially when you have a close relationship with someone, it becomes more common for conversations to proceed with a lot of demonstrative pronouns. You talk about “this” or “that.” But I always can’t help but wonder, do they really understand what I’m saying? I’ve felt uneasy about that since I was a child. I have a tendency to confirm every last little thing, and so I always ended up sticking out. Unlike me, I know you’re pretty good at reading a crowd, right?

TK: I’ve always been easily swayed by peer pressure.... I’ve never been able to totally overcome that tendency. However, that also causes my own fair share of communication failures. So, I’m making an effort to use a low context communication style too. (Laughs.)

TO: But, one thing the two of us have in common is that we both approach communication with the mindset that we want to understand what someone else is saying as accurately as possible. I do that by making a point to explicitly confirm areas of agreement and disagreement as I go along. And my understanding of your communication style is that you tend to go with the flow of the person you’re speaking to, while gradually making adjustments when you’re not fully in synch. I think it’s maybe the difference between starting from the outside and working inwards and vice versa.

TK: The two of us have talked about this sort of thing over tea quite often, and one major theme that’s come up in recent years has been the trouble with words. Earlier, you mentioned that you ask “Do you get it?” with the intended meaning of, “Are we both on the same page right now?” However, people sometimes feel that there’s a condescending nuance to your question.

TK: Now, some people might say that this is because of some sort of character flaw of yours, but I think it’s another issue entirely. The root of the problem is that words are an imperfect tool. They’re not able to perfectly express our thoughts, and they always end up containing meanings and nuances that were never intended. I guess when I say that I’m just regurgitating what an old professor of mine used to say, though. (Laughs.)

TO: That reminds me, just the other day we had an especially heated discussion about the polysemy of the Japanese word “mondai.” In the context of a quiz, it can mean “question.” But, in other contexts, it can take on a negative nuance, meaning something like “trouble” or “problem.” And it’s also used with a relatively neutral nuance to mean to a “topic,” “issue,” or “matter.” But I have a tendency to use the word “mondai” vaguely. We were talking about how complicated that word is to use.

TK: A long time ago, in my work listening to people talk about their love life, I told someone, “Well, maybe this is your ‘mondai.’” They took it extremely negatively. All I meant was, “Your partner isn’t going to change their behavior. You need to decide what you want to do about that.” In other words, I meant, “This is a ‘matter’ for you to consider.” However, their reaction to me was, “What, are you saying this is all my fault?” They interpreted it as “trouble” they had caused, or a personal “problem.” That incident made me feel painfully aware of just how complicated words can be.

TO: And that’s the trouble (mondai) with words. A long time ago, I also used to have trouble getting my point across all the time. I even thought, “I guess I’m just bad at explanations.” But when I started to consider how words are awkward and imperfect, I stopped feeling so stressed out about it.

TK: This isn’t a particularly exciting observation, but I think that by making an effort to think about the words we normally use without a second thought, we can get a clearer understanding of the pent-up frustrations or communication gaps we experience. And thinking through those issues in the context of romantic relationships is the theme of this column. Well, this ended up being a long-winded introduction! (Laughs.)

TO: At Oxford University in England, there used to be a group of philosophers known as the Ordinary Language school. They attempted to solve philosophical problems through the analysis of words as they are used in everyday language. This column isn’t quite that ambitious, but we’re going to do our best to be something like the Ordinary Language school for romantic relationships.

TK: For our next installment, we’re going to focus on the word “suki,” which has a range of meanings including “to like” and “to love.” It is a little embarrassing to go straight into a theme that sounds like something out of a teen drama right off the bat, though. (Laughs.)

TO: But, it really is such an incredibly polysemic word. I get the sense that it causes people to talk past each in so many different ways. That’s part of what makes it interesting, too, of course.

TK: And that’s it for this installment. Until next time, thanks for reading! 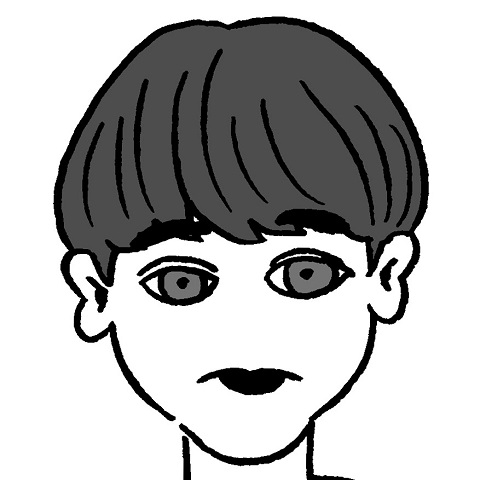 Founding member of Momoyama Shoji, an organization that collects people’s stories about their love life
Born 1980, in Tokyo. Graduate of Waseda University Department of Literature. Has conducted interviews with over 1200 people on the topic of love and relationships. Examines the theme of love and gender in written work, on radio programs, and in other formats. Major publications include Everything About Romance Except How to Be Lucky at Love and I Thought You Wanted Me to Do That!: An Introduction to Failure for Men. His most recent work, Farewell to Guys Like Us, was published in July, 2020.
Illustration by Emi Ozaki.
https://twitter.com/momoyama_radio 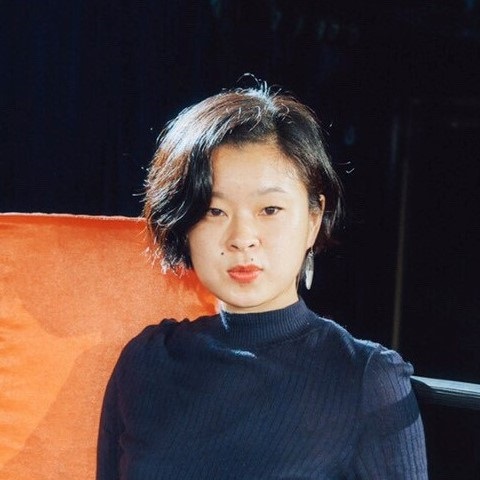 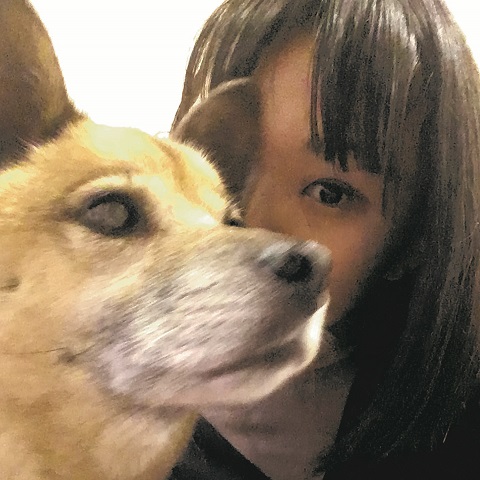 Born 1991, in Tokyo. Graduate of Kurasawa Design School Department of Visual Design. Worked at a graphic design company, then began a career as an illustrator. Has done illustration work across a number of fields and for a wide variety of clients including book design, magazines, music, clothing brands, and textiles. Publications include HEAVEN, a book of collected illustrations.
https://www.instagram.com/nakamuramomoko_ill/ 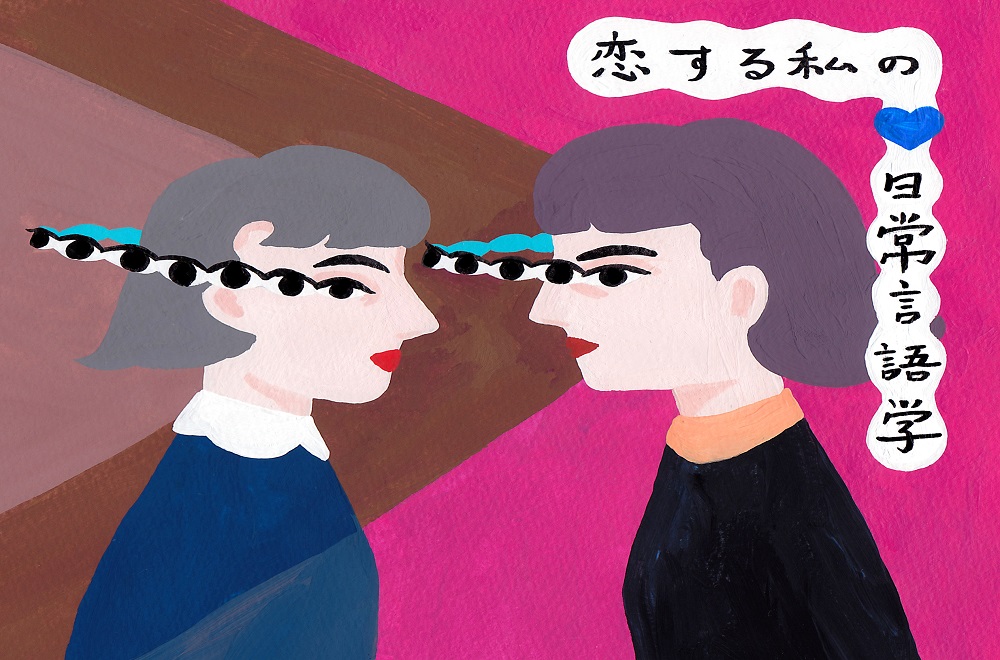 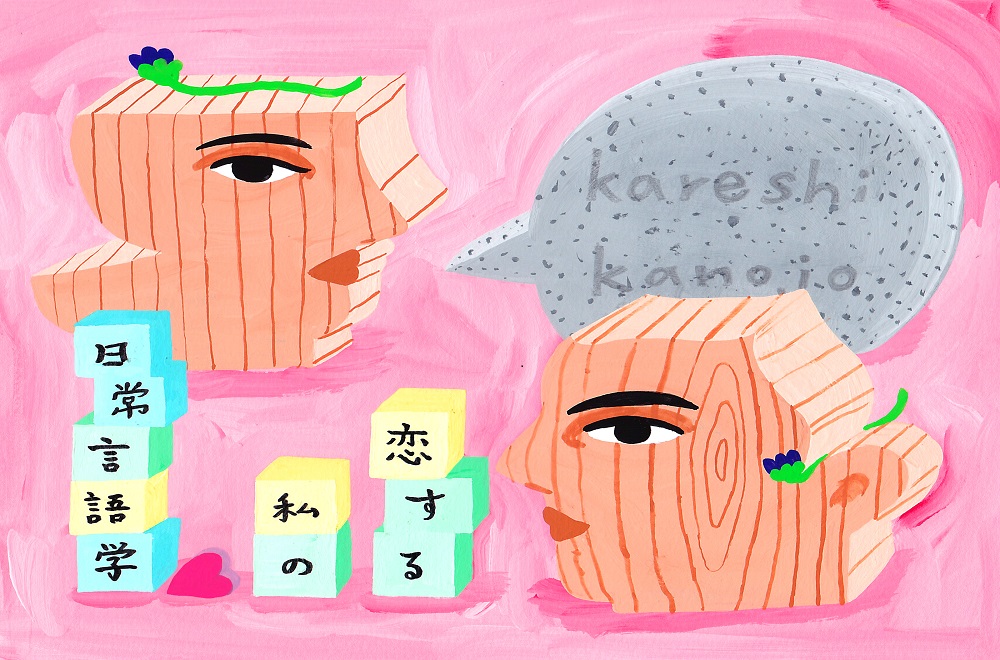 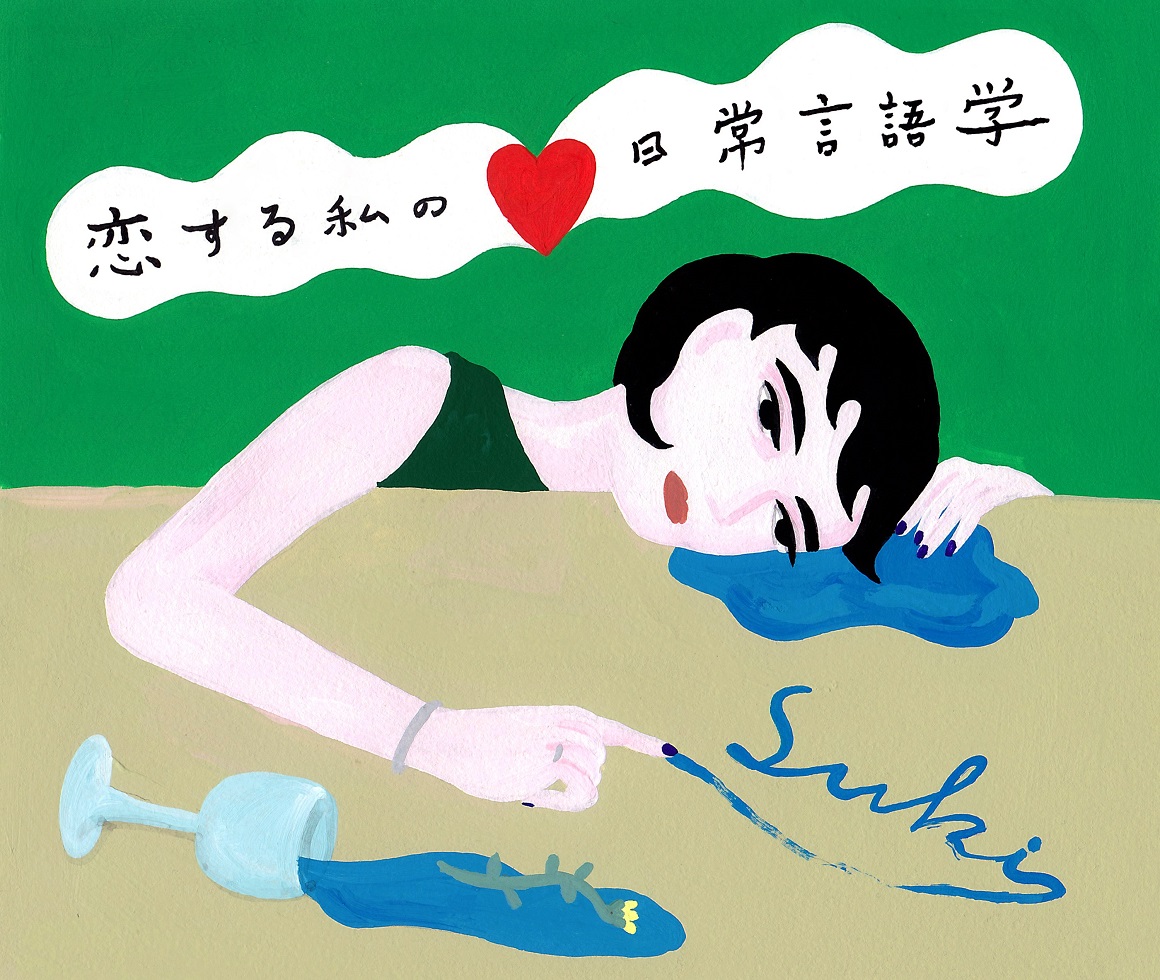